From citizen journalism to fake news…

I knew it wouldn’t end well. From my first blog post six years ago to the current reality of 1984, where lies become truth, science is suspect, and a blowhard president sits in the White House. 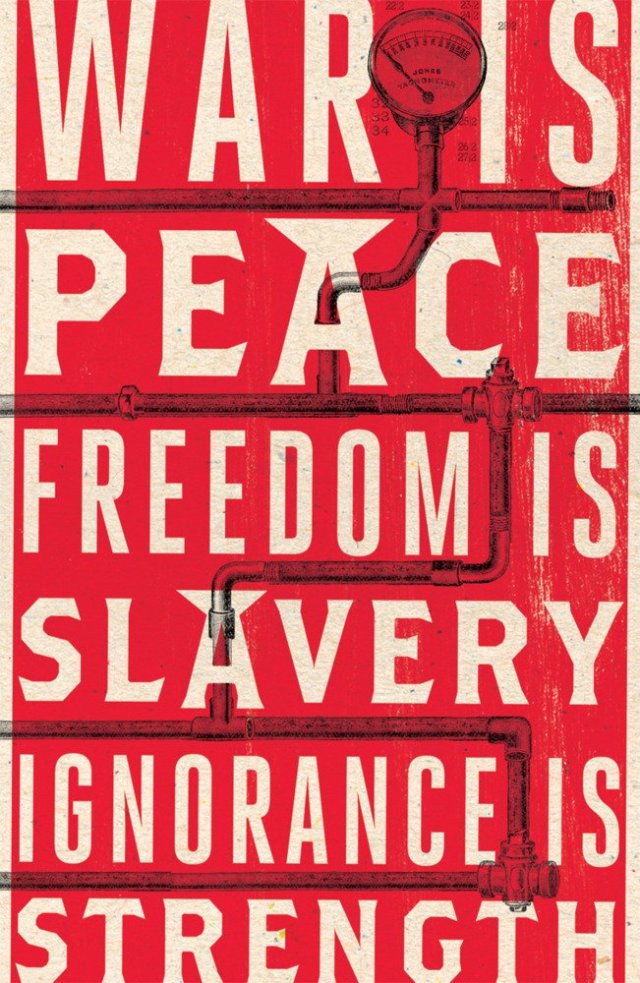 I’m obsessed with George Orwell’s 1984. At our little Southwest Harbor Library that year I led a discussion on the book, which around 100 people attended.

“That could never happen here,” people said. The government wouldn’t be able to spy on us, and we can say whatever we want. I optimistically insisted that the Constitution would reign supreme. I didn’t know there would be a bunch of empty political hacks in Congress.

Yes to the Separation of Powers. Yes to my beloved 14th Amendment’s Equal Protection Under the Law. Yes to the First Amendment. Yes to our system of Checks and Balances.

Thirty years later, I’ve realized that Fox News, Internet rants, and 24/7 Cable/radio talk shows have made Americans more stupid than I ever could have imagined. Progressives may also believe whatever they hear and want to believe, but OK, we’re smarter.  My bias.

Still, most of us know that Obamacare and the Affordable Care Act are the same thing.

It’s human nature to identify with certain groups. “Oh yeah, I’m a progressive” or “I’m a conservative,” or “I don’t like labels,” we say.

Ask why.  Don’t let up if someone tells you that’s just the way it is. Persist.

Down with “fake news!”

Fake news isn’t news; it’s a bunch of lies. Why is the polar ice cap melting so quickly? It’s not just happening.

If a presidential candidate repeatedly says Muslims shouldn’t be allowed to enter the United States, how can he issue travel restrictions targeting predominately Muslim countries, claiming that’s not a ban? That’s doublespeak.

“If  you have a pulse, you have a bias,” says a Seattle school librarian, who’s teaching her students how to reconcile bias. http://www.seattletimes.com/seattle-news/librarians-take-up-arms-against-fake-news/ I applaud her.

3 Responses to From citizen journalism to fake news…