A student of U.S. History tries to understand

Posted on November 6, 2016 by sheilawill 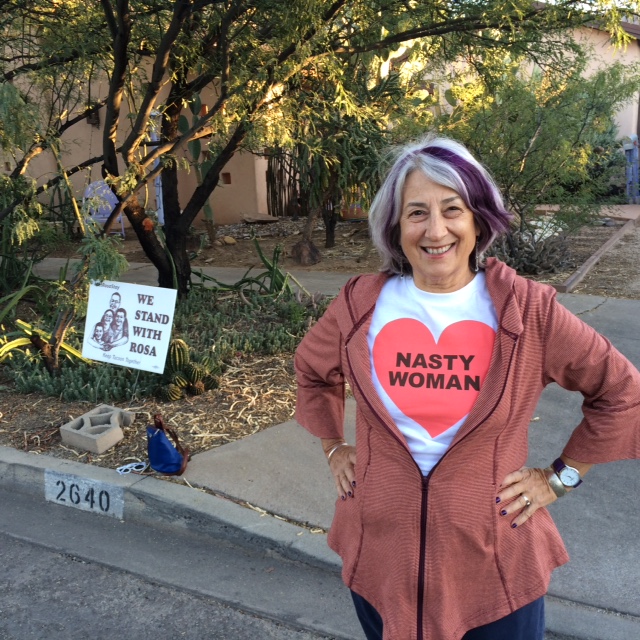 Try walking in another person’s shoes, I always told my students. Two days before the most outlandish presidential election in my lifetime, I’m trying to understand how any decent human being could vote for Donald Trump.

I’ve been reading. The most cogent piece I’ve read about the growing disconnect between the Democratic Party and the white working class is “The Unconnected” by George Packer in the New Yorker. It’s long but worth reading if you have the time.

If you don’t, the article describes our two political parties, quoting former Secretary of the Treasury Lawrence Summers: The Democratic Party is “a coalition of the cosmopolitan elite and diversity.” The Republican Party combines “social conservatism and an agenda of helping rich people.” Sounds about right.

So what makes a Trump voter?

Working class rage — Now that I live out west and no longer live in “Yankeeland,” which extends from New England across the northern tier of the United States to South Dakota, I realize that yes, I’m part of the elite intelligentsia. I’ve never had much money. I’ve always wanted to do good.

We’ve seen the dissolution of the middle class, jobs gone awry, and working class people losing hope. Trump voters must think he gets them.

“Hillbilly Elegy” by J.D. Vance is worth reading. The author’s in his early 30s and identifies as a conservative Kentucky hillbilly — with a law degree from Yale.

I respect his ability to think critically, the goal of  all good teaching. Consider what others may  think, not just your own views. Question yourself.

Why do Trump voters believe his nebulous promises? Last year I met a gracious, kind man who was a Trump supporter. His equally kind, gracious wife disagreed with her husband’s political views but explained that he grew up poor. Her husband had worked hard to achieve financial security. He long believed that Republican presidents were more fiscally responsible.

What do Trump supporters hope he’ll do for them?  Make their lives more beautiful than they’ve ever imagined? Help them keep their guns?

The conservative fear that President Obama would confiscate their guns never materialized, so why do conservatives adamantly believe that Hillary will?

We all tend to listen to or read commentators  we agree with. But who swears by everything they hear or read? Is that the problem, that too many people only hear sound bytes from their favored news outlets?

The author of “Hillbilly Elegy” writes that guns and Jesus Christ are most the important things to his people. His Mamaw and Pawpaw were Democrats, until a reduction in Kentucky coal mining and good manufacturing jobs erased decent wages.

Are Trump voters so pissed because they truly believe that blacks, Hispanics, women, immigrants have taken their jobs, taken their dignity?

What do these voters think Trump will do for them? “Are you voting Trump?” by Keith Oberman is powerful.

“…the deepest conservative insight is that justice depends on order as much as order depends on justice. So when Loki or the Joker or some still-darker Person promises the righting of some grave wrong, the defeat of your hated enemies, if you will only take a chance on chaos and misrule, the wise and courageous response is to tell them to go to hell.”  — conservative columnist Ross Douthat, NYTimes, Nov. 5

It’s been difficult for me to understand Trump’s support. Still, I imagine it helped to try. I feel better.

Plus, I had a breakthrough this morning, sitting in the hot tub following my Plates class at the gym. Hillary Clinton is going to win. The pall is lifting.

“Today’s widely held caricature of an avaricious, selfish and manipulative crook is to me just plain wrong. Sure, she compromises, she sometimes dissembles and at times her judgment has been flawed. But fundamentally she is a morally serious person whose passion for four decades has been to use politics to create a more just society. That’s her real conviction.” –Nicholas Kristof, NYTimes, Nov. 6.

I’m with her, and everyone who wants to work together to do good. It’s time.

1 Response to A student of U.S. History tries to understand