The past is never past

“Great minds think alike,” the woman said to me. With iPhones held high, we were both walking toward the desert century plant in the parking lot.

About to hop in my car after Pilates class, the tall stalk of the Agave americana had caught my eye.

“I’ve lived here 13 years and I’ve never seen anything like that,” I said. 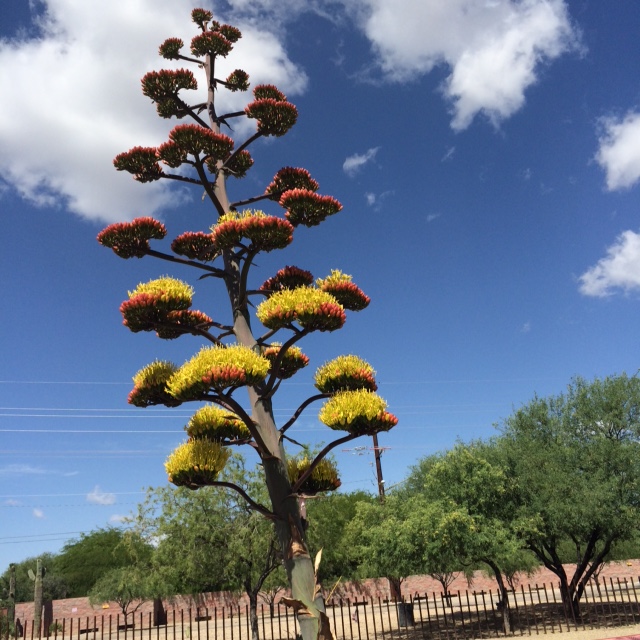 We both snapped photos. I caught a certain lilt in the woman’s accent.

Reaching out my hand, I introduced myself and asked, “Where are you from?”

“The North Shore of Boston,” she replied.

“Oh wow, when I lived in Cambridge back in the early ’70s, I went to a coffee house in Ipswich. Saw Bonnie Raitt there a few times before she became famous.”

The woman, who was about my age, stared at me.

“My husband and I ran that coffee house. It was called Stonehenge. The J. Geils Band also got its start with us.”

“Wait till I tell my husband!” the woman called out as she got in her car.

Two women from the ’60s, sharing a bit of the past that hadn’t fully passed. We laughed about her now 50-year-old son, who thought it was normal for a little kid to grow up  steeped in the rock ‘n’ roll scene.

Nature is a good conversation starter, but rock ‘n’ roll will never die.

3 Responses to The past is never past